Hello, everyone. This is “MANA, the cat” from MANABICATION. 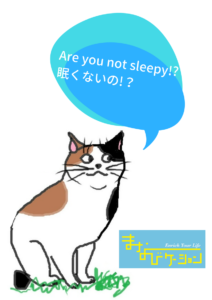 The reason I am asking you the question above is because there was a soccer match between the Japanese national team and the Polish national team. (Yes, the FIFA World Cup is still ongoing.) And the match was late at night, so I assumed most of the people are probably sleepy.

But probably most of the people are not so tired from staying up late because the Japanese team has advanced to the second round! Yes, they did it. So, in today’s Japanese article, we introduced the phrase: “Hooray!” Some Japanese English learners tend to think “Cheers!” could mean “Hooray!”, so we thought it was a great chance to show them that they mean different.

We might add some sentences introducing the phrase, “Hip hip Hooray”. But for now, we introduced the example below:

So, once again… “Hooray, NISHINO JAPAN!” (and all the other teams that has advanced to the second round : ) ) 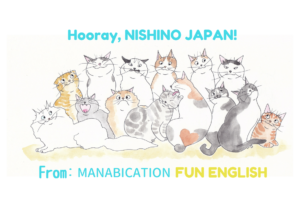